I visited the delightfully pretty Denham Village today to meet author and fellow ex-cop Neil Watson. I was accompanied by ex-BBC radio producer Andy Aliffe, a chum of mine with whom I do a show on local radio. We'd come to interview Neil about his book, The Denham Massacre, and to find out more about the case. Neil is the leading authority on the massacre and his knowledge is encyclopaedic. 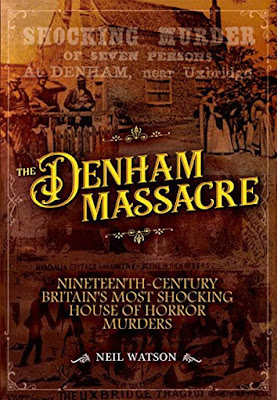 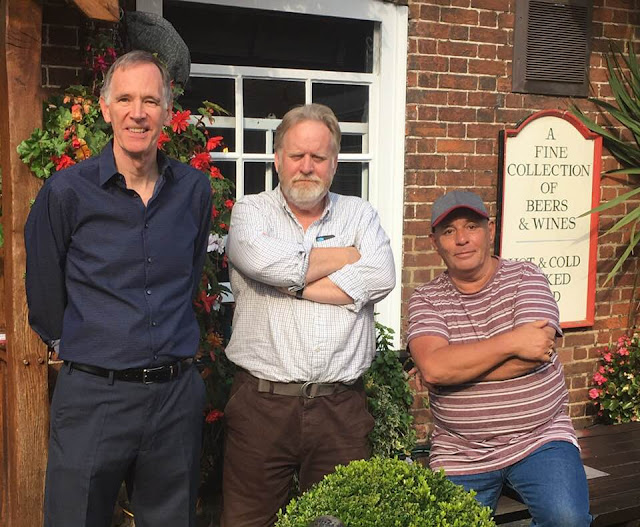 The incident took place in May 1870, when seven members of the Marshall family, including three small children, were found brutally murdered in their home in Denham, Buckinghamshire. They had all been bludgeoned to death with a sledgehammer, an axe and a poker. The crime scene looked like a battlefield or a slaughterhouse. The person eventually arrested for the crime was John Owen, an armed and dangerous criminal with a long record of petty offending. Following a day-long trial, he was convicted of the crimes and executed at Aylesbury Gaol by the notorious hangman William Calcraft.

What fascinated me about the story was that, despite Owen killing more people than Jack the Ripper, most people haven't heard of the massacre. I can only assume it's because there's no mystery attached to it, other than Owen's motivation (he denied his crimes throughout the investigation and trial and even insisted on his innocence as the hangman dropped him through the hatch). Unsolved crimes take a greater hold on us.

After a chat (and a well-kept pint) in one of the village's several lovely pubs, we took a walk down to the churchyard where the Marshalls were laid to rest. We were told that the funeral attracted thousands of onlookers. 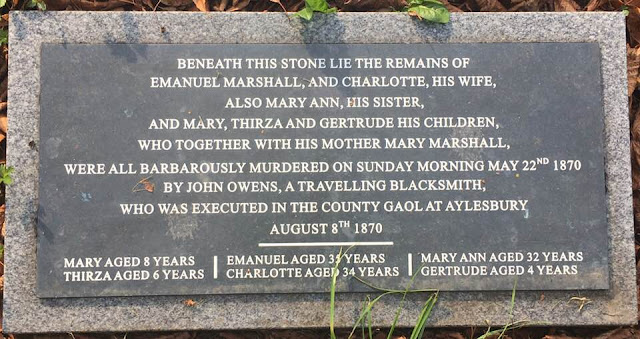 The only survivor of the Marshall family was twelve year old Francis William who, at the time, was staying with his grandparents, Loyal and Sophie Sparks in Uxbridge, Middlesex. Sadly Francis died from TB in 1886 aged only eighteen years. He is buried with his family but his name obviously doesn't feature on the stone that commemorates the massacre.

You can read more in Neil's book, available from all the usual places including here. And the village is always worth a visit just because it's so picturesque. 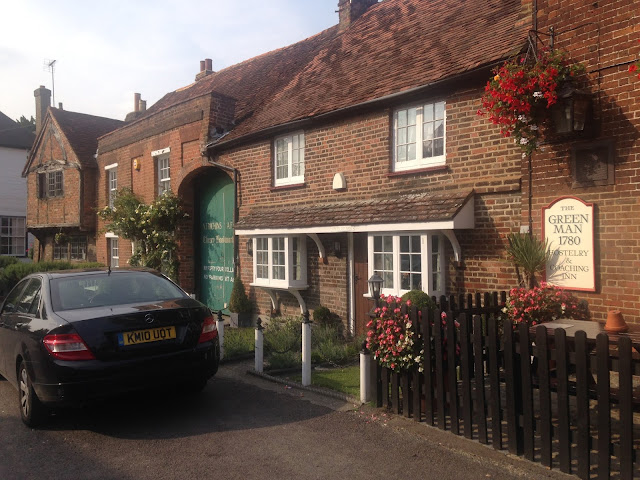 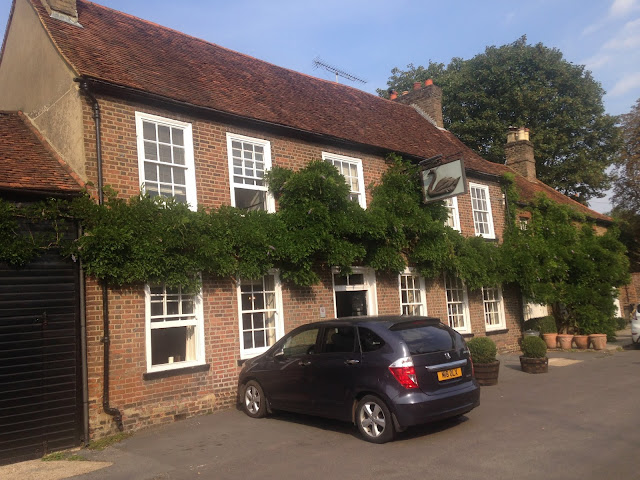 The Swan (where the inquest was held) 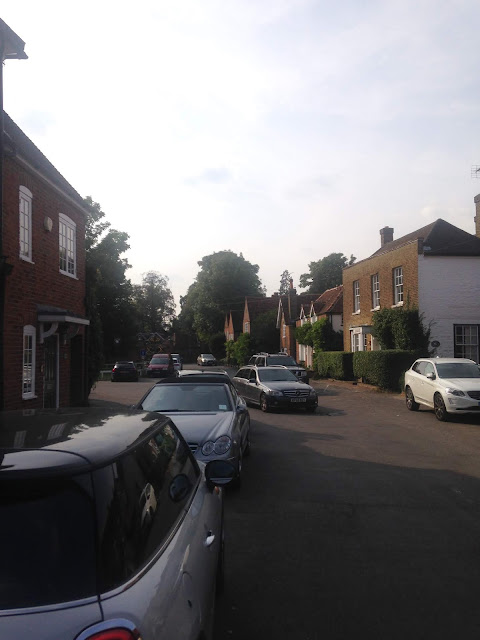 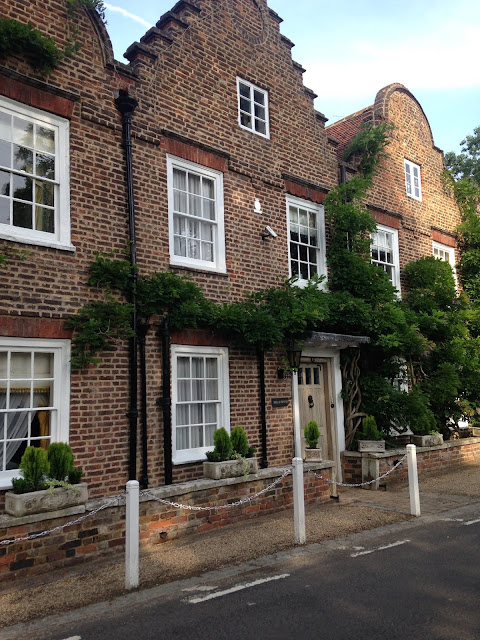 The former home of Sir John Mills, where daughters Hayley and Juliet were raised 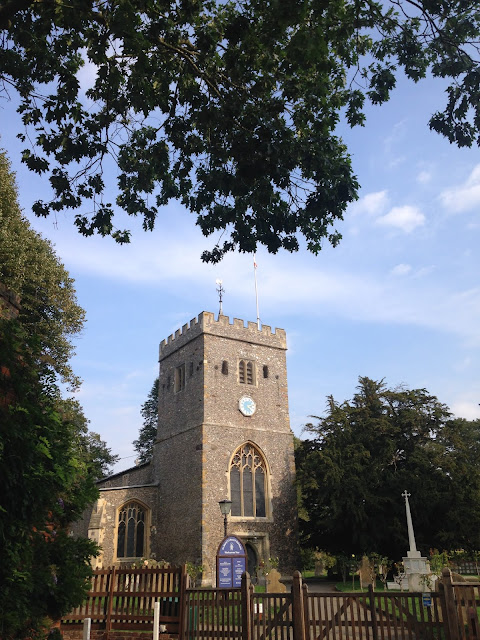 St Mary's Church where the family were laid to rest

You can hear the interview on The Emperor's Bits radio show on Wycombe Sound 106.6FM on Wednesday 19th September at 7pm and for a month afterwards on the website's 'Listen Again' page.