June Is Bursting Out All Over

Well, bless my cotton-mix socks and call me Aloysius ... what a grand month June has been.

Yes, it was sad to say goodbye to my favourite bookshop in the world (see previous posts) but some wonderful things have happened nonetheless.

First, of course, was the release of A Murder To Die For on audiobook. You can now buy it through Amazon, Audible and wherever audiobooks are sold. 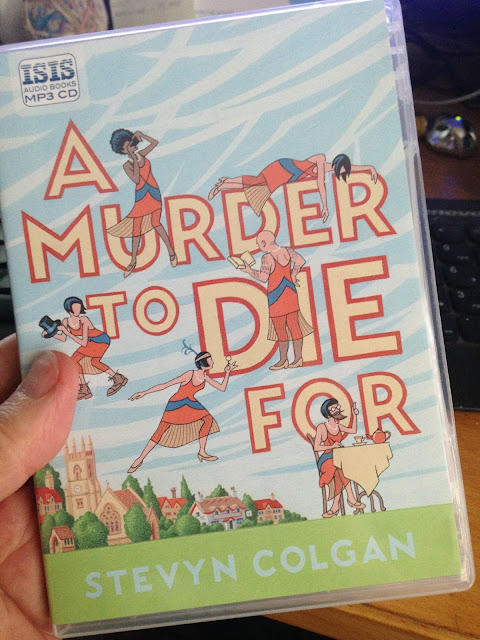 And today I've learned that the book is shortlisted for one of the Dead Good Readers' Awards sponsored by Dead Good Books (part of the Penguin Random House group). I'm nominated in the excellently-named 'Cabot Cove Award for Small Town Mystery' so, if you fancy helping a beardy old comedy writer out, please do visit the site here and vote for me.

Thanks in (hopeful) advance!

I wonder what July holds? :)

Back in August 2017 I described how the cover for A Murder To Die For came about (see here).

I thought today that I might use a short blogpost to explain the process in more depth using one of my previous books.

In 2013 Constable Colgan's Connectoscope was published by Unbound in hardback and paperback editions.The book is a collection of fascinating facts all interconnected and gathered into 'Rounds'. Each Round (or chapter) starts with a fact which links to the next and to the next and to the next and so on until the last fact comes full circle and joins up with the first. It means that each chapter is a single circular journey. The fact that I used to be a police officer was latched upon by the publisher who suggested the book title (it had been called Connect-O-Rama) and that I write a new foreword describing how my mind works - finding facts, checking them, collating them, connecting them - and how that had been useful in both my career as a cop and as a writer for the TV show QI. When discussions began about cover design, I had the idea of depicting the Connectoscope as some kind of machine. By coincidence, the art director also liked the idea. I brought sketches I'd done. And, just for the crack, I knocked up a painting too. 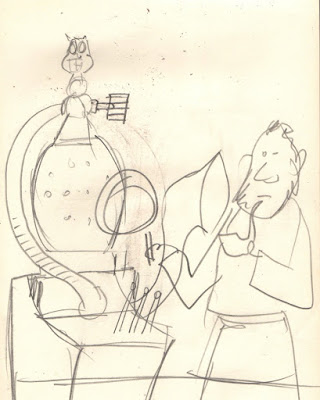 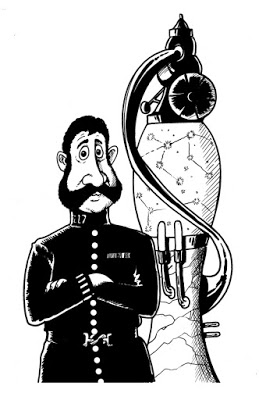 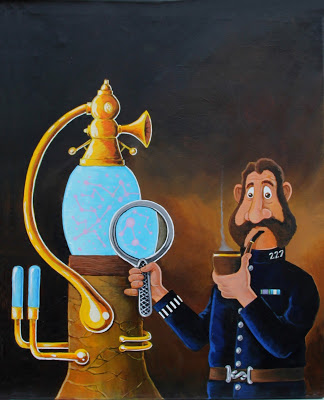 None of them were quite right for the book of course - just me doodling ideas. But once we had a concept and the talk turned to artists, one name jumped out at us: Tom Gauld. I'd been a big fan of his work for years. I love his cartoons in The Guardian and I had his books Goliath and The Gigantic Robot. Here's some of his work. 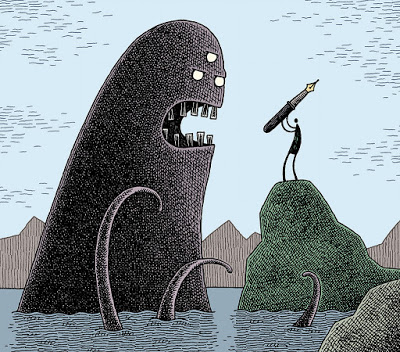 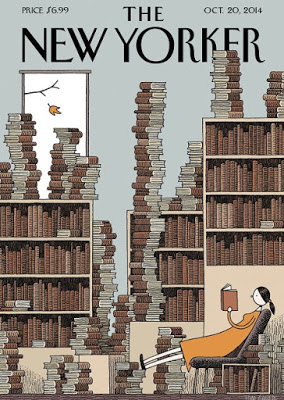 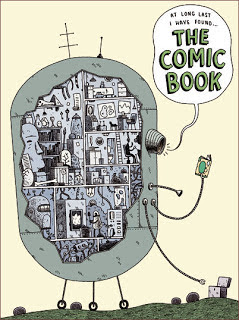 There's a delicious business to his work that we loved. Plus, he's really good at robots and steampunkish machines. So, off went the brief from the art director: 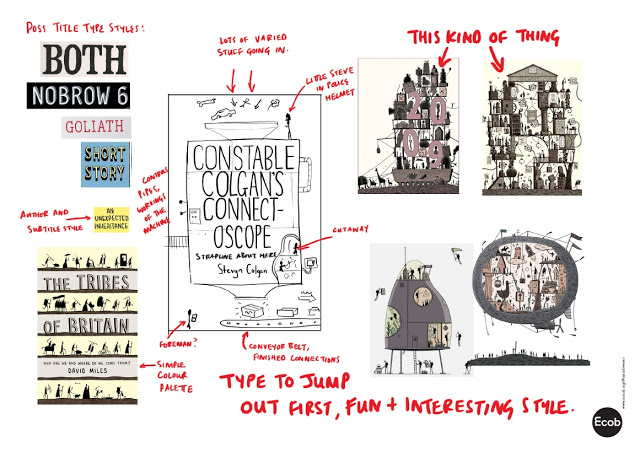 And what came back was just glorious. 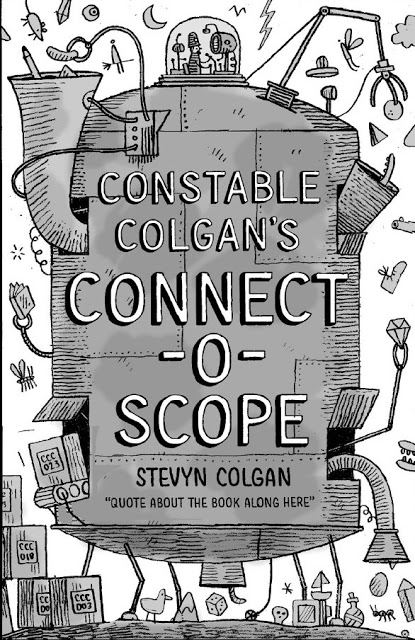 And, barring a few small tweaks - the green light was given. The final cover was as good as anything I'd dared hope for. 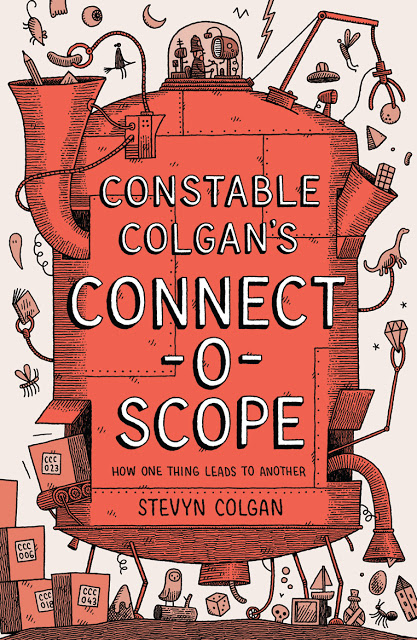 So there you go! It may well be a very different process for some authors but, for me, as someone who has a strong sense for the visual, it was a case of discussion, concession and ideas sharing. And what I got from it was a beautiful, fantastic cover. And I got to thank Tom personally when we went up at Gosh! Comics in London for the launch of his (then) new book You're All Just Jealous Of My Jetpack. 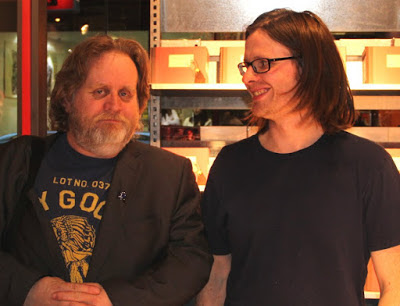 So there you go.

There are several moments in an author's life that are super-exciting. Seeing your book being read by a stranger, for instance. or the first time you see it on a book shop shelf or table. But surely the first thrill is when you see the cover design for the first time.

It's hard to describe how good that feels.

Dystopia isn't on my map

I was sitting in a pub a few nights ago and the subject of favourite comedy films came up. And as we chatted, various candidates surfaced and were discussed ... Withnail and I, Groundhog Day, Life of Brian, Airplane, This is Spinal Tap, Beetlejuice, Home Alone, Galaxy Quest, Dumb and Dumber, Blazing Saddles, There's Something about Mary, The Jerk, Carry On Screaming, Ace Ventura: Pet Detective, Trading Places, Dr Strangelove, School for Scoundrels, The Three Amigos, Way Out West, Return of the Pink Panther ... and many more. And I was struck by the fact that almost none of the films we discussed were made in the 21st century.

Was it possible? Has there really not been a great comedy movie made in 16 years? 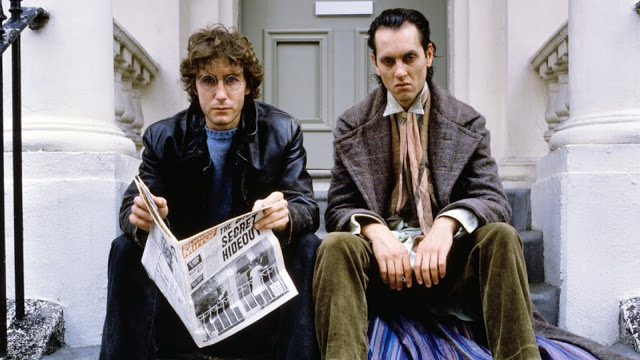 We racked our brains.

'But is it destined to be a classic?' I asked. 'It's 12 years' old now - do people look at it in the same way as they look at The Blues Brothers or The Lavender Hill Mob? Will people still rave about it in 20 years' time?'

'Fair point', he said. 'The Men in Black films were quite funny,' said another.

'Ah! What about Napoleon Dynamite?'

They had a point. 2004 was an exceptional year for comedy films. It also gave us Sean of the Dead, Meet the Fockers, Mean Girls, The Incredibles and Team America: World Police. But barring this anomaly, has there been a genuine future classic since? 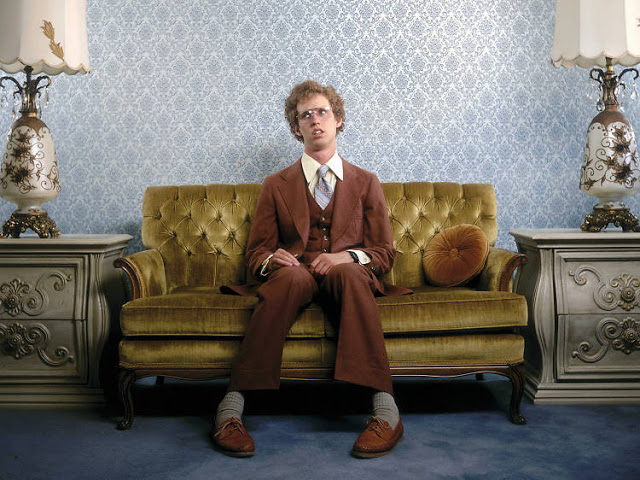 In January 2016, Time Out magazine published its list of the 100 best comedy films of all time. There were just 17 post-millennial pictures included: Borat, Hot Fuzz, Superbad, School of Rock, Old School, The Royal Tenenbaums, Best in Show, In the Loop, Elf, Zoolander, Bridesmaids and Four Lions, plus the 2004 films already mentioned (although The Incredibles didn't make the cut). How many of those could be called classics? Some, I would say, but not all. The Top 5, incidentally, were Groundhog Day (1983), Annie Hall (1977), Life of Brian (1979), Airplane (1980) and This is Spinal Tap (1984) at Number 1. All made within a seven year period.

I kind-of assume that the list was composed by people younger than me because there were just a handful of black and white films and they were by big hitters like Charlie Chaplin, Laurel and Hardy and the Marx Brothers. No mention of classic British comedies such as Kind Hearts and Coronets, Passport to Pimlico, I'm Alright Jack or Whiskey Galore! for example. 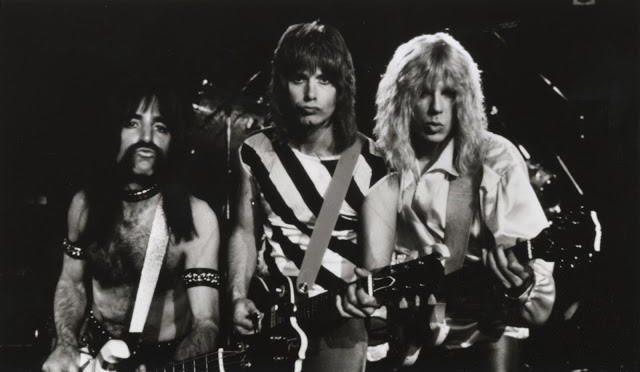 Now, to be fair, there's no right or wrong answer when it comes to deciding a list like this but I still stand by the fact that over 75% of the entries came from pre-2000 films. And even if we have had a few good 'uns since, the number of broad appeal hilarious comedies does seem to have dropped dramatically. Meanwhile the number of films set in some kind of dystopian, horror-filled post-apocalypse future Hell seem to be increasing exponentially. How many more zombie movies do we need? How many more young adults do we need to see fighting to survive Hunger Games and Maze Running adventures? How many more alien invasions, earthquakes, floods, transport disasters? I'm fed up with it. How about a little levity? 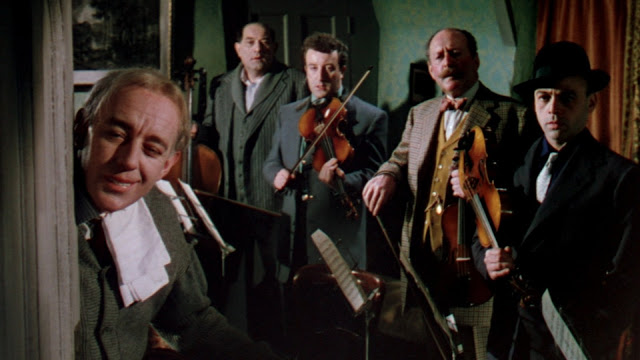 I want to go to the cinema and roar with laughter at a new Trains, Planes and Automobiles. I want to be cheered by something with the cosy feel of Towed in a Hole or The Music Box. I want to hoot at terrible puns and bad jokes like I did with Young Frankenstein. Am I really the only one who misses a gut-bustingly funny feelgood movie? 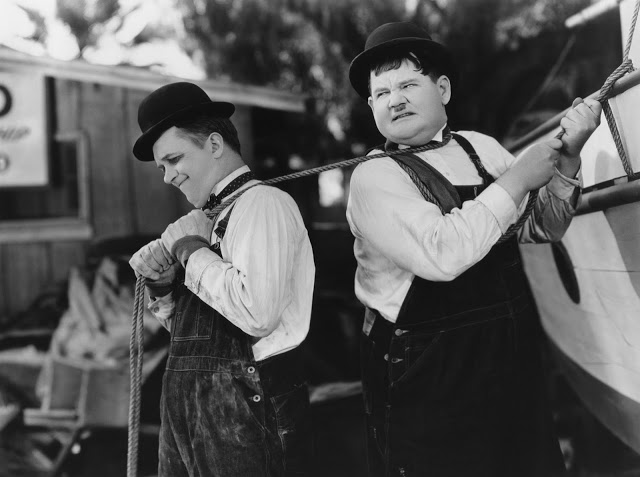 A few weeks ago (here) I wrote a similar whingeing tract about comedy in publishing. There's a real dearth of good mainstream humorous writing at the moment. Maybe that's why there's nothing to be made into good comedy movies? The world is miserable enough without paying to see more, surely?

Oh and my Top 10 comedy films?

Not a post-millennial among them.