Following on from my last blog post regarding my years with QI and The Museum of Curiosity, we now come to writing for the show. What makes a good QI question? And how are they written? 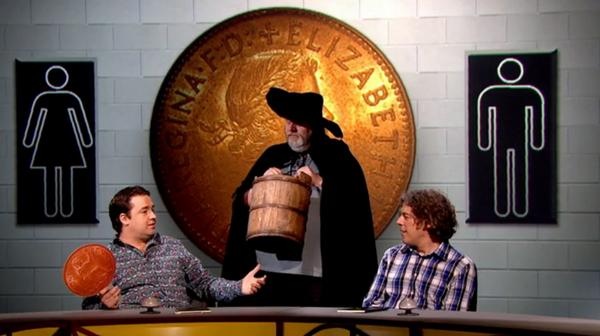 You probably won't be surprised to hear that it's not enough just to have found an interesting fact. They are the backbone of QI, to be sure, but some facts simply don't lend themselves to the format. Before I give you a good example of this, a little background.

Every episode of QI is a collaborative effort. Shortly after the Christmas break, the 'elves' (or as many as can be gathered together) meet at the QI offices in Covent Garden to discuss the new series, which will be themed around a letter of the alphabet. Inventors John Lloyd and John Mitchinson showed remarkable optimism when they decided to kick the show off with Series A, rather than Series 1 but it was justified. The show is now on Series P, which will arrive on your screens in the Autumn. Will it get to Series Z? Who knows? And, if it does, then what? Stephen Fry once jokingly suggested that, 'Then we start on the numbers'. But it's not just the series that's letter-themed; every episode is themed around a subject beginning with the series letter and so are the individual questions.  So ...

Let's say that the series being discussed is Series L. An initial brainstorming session will throw up some topics for shows e.g. Love, Locations, Lies, Loss, Literature, Ladies etc. We then starburst and try to find as many L-related facts as we can. Then, week by week, the stack of facts gets bigger and bigger. Then, sometime around late Feb/eraly March, the scriptwriters start to consider what themes they'd like for their shows and begin sifting through the facts to find ones they'd like in their shows. Then comes the task of writing questions about them.

One show that I wrote for Series L was called Little and Large and, while snuffling around for quite interesting facts, I found this: 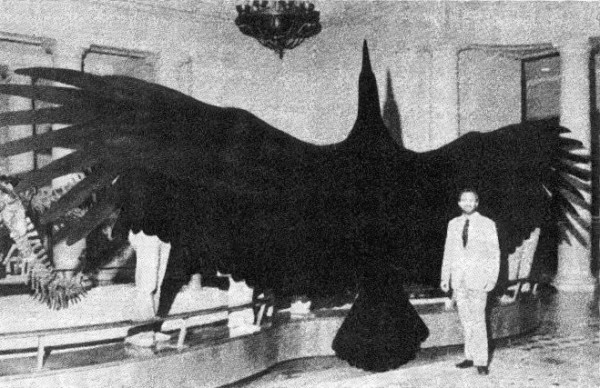 This is a depiction of Argentavis magnificens, the largest ever flying bird (that was known at the time but see below). Pretty impressive, I'm sure you'll agree. I loved the visuals. I felt that it had sufficient 'wow' factor. But what question could I ask about it on a show like QI?

Although QI is a smart show and people learn from it, it is first and foremost a panel show featuring the cream of comedians. We rely on the talent to provide the comedy so the job of the scriptwriter is essentially to be the straight man/woman; to provide the set-up by creating questions that give the panellists something to riff on. It's fine for a good QI question to cause a small giggle; one of my favourites was Stephen looking doe-eyed at Alan and asking, 'Alan, when will you eat my noodles?' It led to some interesting stuff about idioms from different cultures. But it mustn't steal the comedians' thunder and it must, ultimately, lead them to a fact that makes them (and the audience in the studio and at home) say 'Wow.'

The problem with Argentavis was that the only thing I could find to say about it was that it was very very big. The size of its eggs was unremarkable. We don't even know what it looked like as it died out millions of years before humans evolved. There was nothing else to say about it. And it wasn't enough to simply ask: 'What was the biggest flying bird?' That's a pub quiz question, not a QI question. So I wrangled with it for ages ... but was then forced to pass it over for more show-friendly topics (I will just mention that, since Series L, a fossil bird called Pelagornis has been found which was possibly even bigger. That's one of the problems with QI; because older series are on constant repeat on channels like Dave, many facts have changed since broadcast. That doesn't stop the emails coming in though: 'Dear QI, you got this fact wrong on your show ...'). Oh, and here's Pelagornis for you. Big, wasn't it? 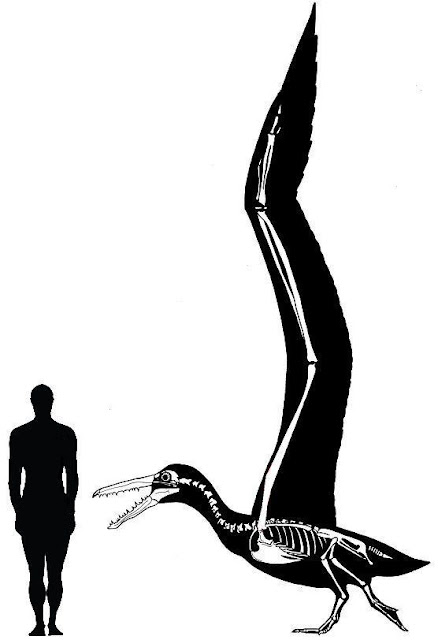 But, by way of a contrast, here's an example of where things went right.

One of the elves discovered that ostriches invented the air-cooled radiator before car manufacturers did. By that I mean that they can keep their brain (engine) from overheating by passing air over/through water. What they do is take a mouthful of water and hold it in their crop (a pouch between bill and throat). Then, when running, they pant rapidly over the surface of the water which cools their breath and, consequently, the roof of their mouth (the brain is positioned above it). There was immediate potential in this fact as (a) the answer is quite interesting and (b) there are double meanings for words like pants, cool and wet. Therefore, what I came up with was the question: 'When is it cool to wet your pants?' Now you have a question that encourages gags and funny anecdotes but which will lead you to an interesting fact at the end.

That's what QI is all about.