Did you love The Young Ones, that brilliant, anarchic 1980s sitcom that helped to launch the careers of Rik Mayall, Ade Edmondson, Nigel Planer, Chris Ryan, Alexei Sayle, Ben Elton and many more?

Can you remember the names of the five housemates? 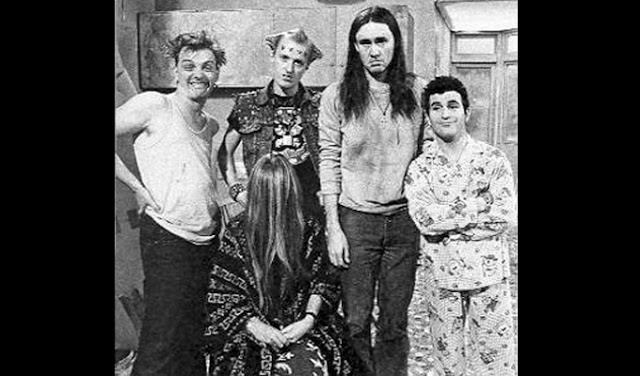 That's him/her there at the front of that publicity shot. And he/she was in every single episode of the first series. Did you spot them? I sure as hell didn't. But there they are! How the hell did we miss it? 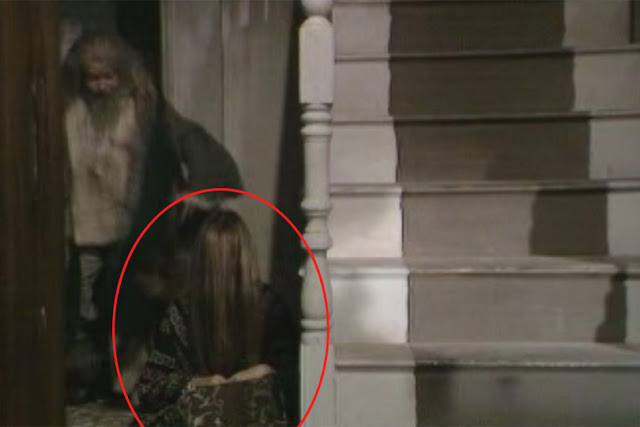 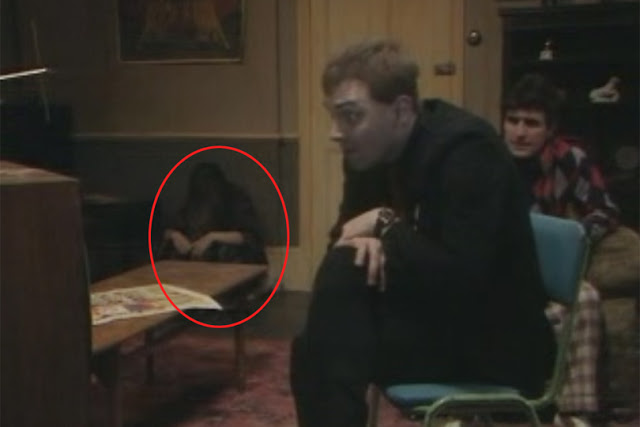 Intrigued by the discovery of a fifth flatmate, a The Young Ones fan called Peter Farquhar got in touch with Ben Elton and director Geoff Posner. Elton told him bluntly: 'I have absolutely no idea what you are talking about, I'm afraid. There were four housemates plus the landlord'. However a couple of days after that denial, Posner confirmed Farquhar's suspicions saying that he and producer Paul Jackson simply 'thought it would be fine to have some ghostly figure in the background of some scenes that was never explained or talked about. Hair all over the face so you shouldn't be able to decipher gender either. 'The fact that we forgot to do it consistently through the series shows what a bunch of amateurs we were in them days.'

Writing in Business Insider Australia, Farquhar concludes: 'As a replicant which appeared in slightly different situations in at least five episodes in the first series, it could arguably be described as one of the first popular culture memes.' 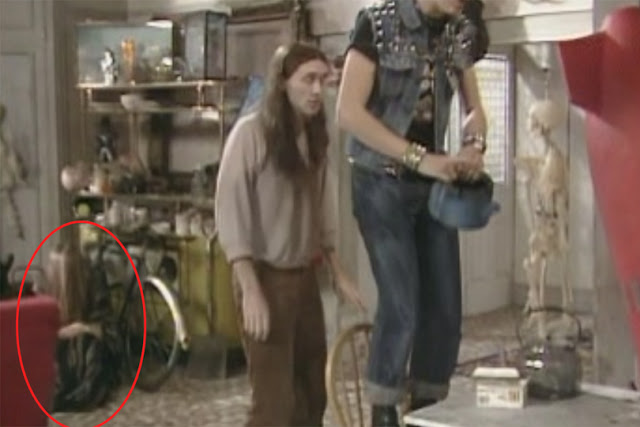 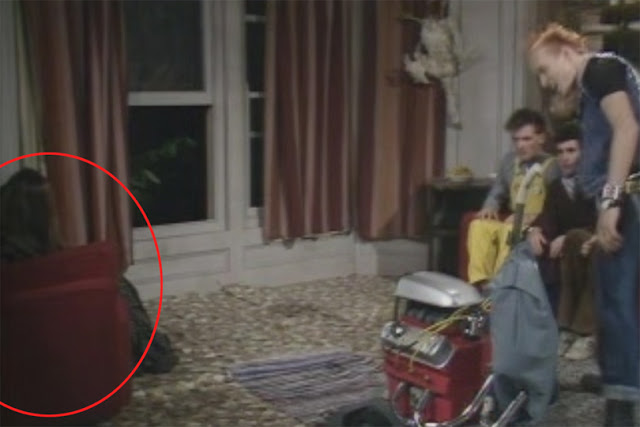 Creepy eh? Definitely has a touch of The Ring about it. I still can't believe I missed it. I assume it's because there was so much else going on during each episode. It's like the Monkey Business Illusion experiment where people fail to see a guy in an ape suit as they're too busy watching people pass a ball. If you don't know what I mean, check out this video.

Footnote: There's also a secret fart. Posner also told Farquhar this story: 'Do you notice the tiny fart in Boring at 18:15? Mike delivered this comic gem in rehearsals in the studio, and cracked everybody up so much that they couldn’t face recording the scenes, putting us further behind schedule than we always were (because of the over-ambition of the scenes. But then I say again, we were young then…'