An Obsession to Die for

I was once at Comicon in San Diego when I overheard the following snickering duologue performed by a brace of Tim Burton-era Batmans:

‘Oh my God! It’s like he hasn’t even bothered!’
‘I’d be ashamed to go out of the Bat-cave dressed like that.’

As they bat-highfived each other, the object of their bat-bitching drew a pair of heavily-paned, dark-rimmed spectacles from his utility belt and perched them on his cowled nose. But that wasn’t what the caped crusaders were laughing at. It was the colour of the other Adam West-era Batman’s tights. Apparently, they were slightly the wrong colour.

Comicon attracts an extraordinary number of cosplayers whose attention to detail is microscopic, which is why something as petty as a shade of grey can send them into paroxysms of laughter or derision. But I love the fact that, even though the poor bloke in the ‘don’t look at the sun’ bins probably couldn’t even see his own legs, let alone the colour tights they were sporting, he’d made the effort. His passion ran that deep. I love that level of commitment. 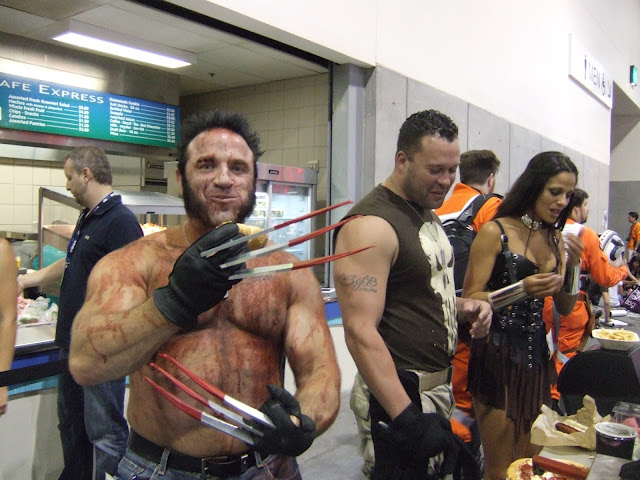 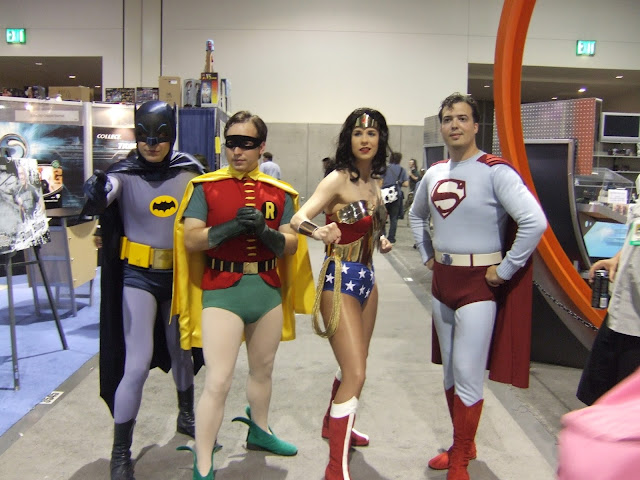 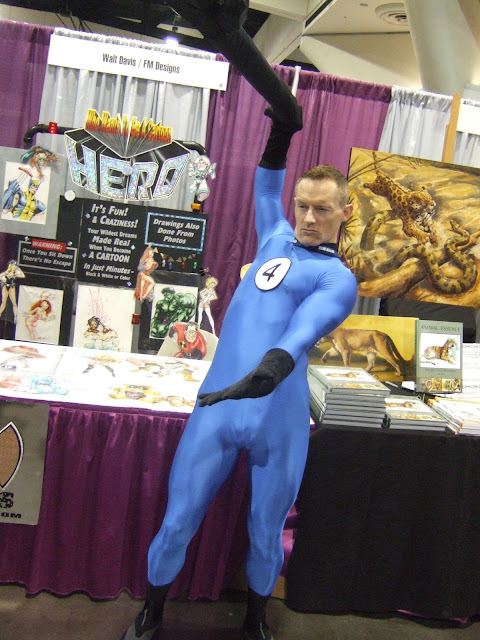 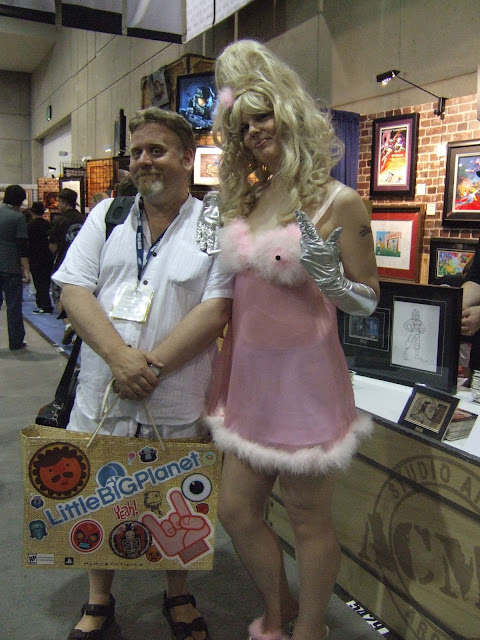 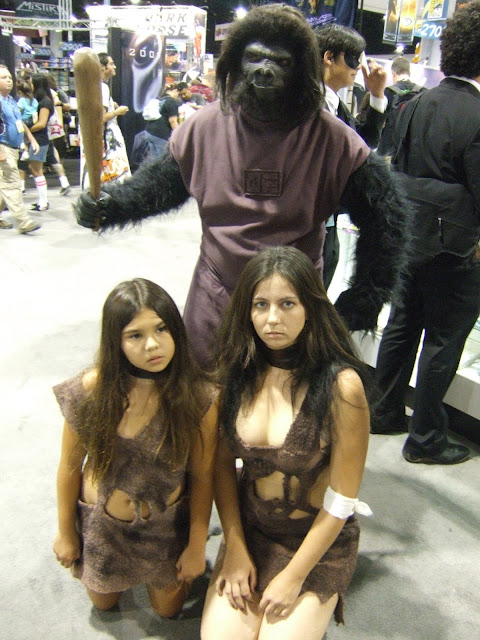 It’s all too easy to sneer at people who have a passion for a thing that you don’t. And, at times, their seriousness can seem quite comical to those of us outside of the loop. A friend of mine once alerted me to a video on YouTube called ‘Hang of this life’ by an artist called Daisy Hicks. He told me that I would love it. So I watched. And it was a well-written, well-performed, catchy pop song accompanied by footage of the lissom Ms Hicks stalking around inside an empty train carriage. When I next spoke to my friend I told him that I’d watched it and that it was okay but not really my kind of music. ‘What?’ he exclaimed. ‘Didn’t you read the comments? Oh man, read the comments!’

So I did. And I laughed. I laughed a lot. All of the comments were by train enthusiasts asking each other questions and arguing about the make and model of locos featured and about the fixtures and fittings in the carriage itself. There were pages of comments. All about the trains. It was only after a minute of scrolling that I eventually came to one that simply said, ‘Hey guys! Anyone notice there’s an attractive woman in the video?’ 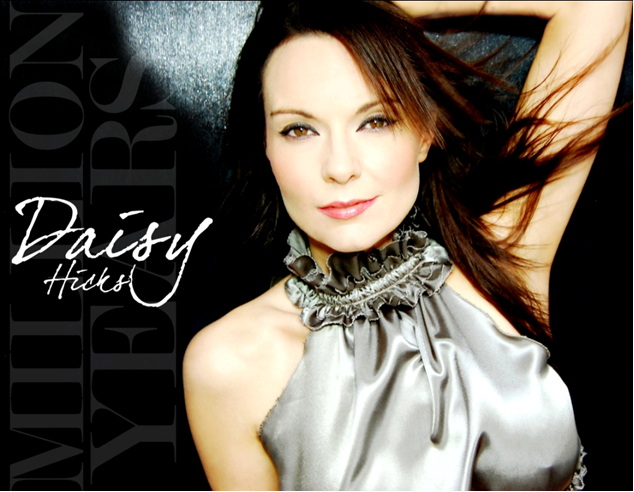 The person who is compelled to collect train numbers, or bottle tops, or postage stamps is an easy target. And yet, they are exhibiting the same compulsive behaviour that drove people to climb mountains, to explore new and uncharted lands, to invent a better steam engine, to do experiment after experiment until they found a cure for smallpox. Admittedly, having an encyclopaedic knowledge of Star Trek probably doesn’t add as much to the sum of human experience as, say, the life’s work of somebody studying weather patterns on Mars. But that doesn’t mean that we should immediately ridicule the effort. Any feat of memory requires study and that’s good for the brain. And, when harnessed and focussed, fanaticism – from which we get the word ‘fan’ of course – can be a driver for good. Passion is powerful and, even when it borders on obsession about some obscure or esoteric subject, it drives innovation.

For example, the reason we can enjoy seedless bananas today is because of one man’s obsession with greenhouses. Joseph Paxton, gardener to William Cavendish, 6th Duke of Devonshire, designed and built ever-more elaborate structures, culminating in his Great Conservatory at Chatsworth. It provided the template and the engineering know-how for construction of the Crystal Palace in London in 1851. Meanwhile, Paxton was able to grow plants that almost nobody else could and, in the 1850s, he produced a sterile mutant form of banana plant – named the ‘Cavendish Banana’ after his employer – and these were propagated among plantations in the Far East to be grown in large numbers. And because they are bred by cuttings, as they have no seeds, it is likely that every banana you’ve ever eaten (and Brits eat five billion per year) was not only a Cavendish banana, but a clone of that first plant grown in the Peak District by a fanatic. 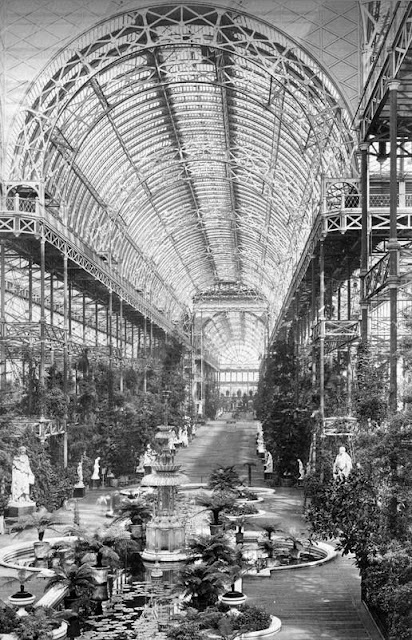 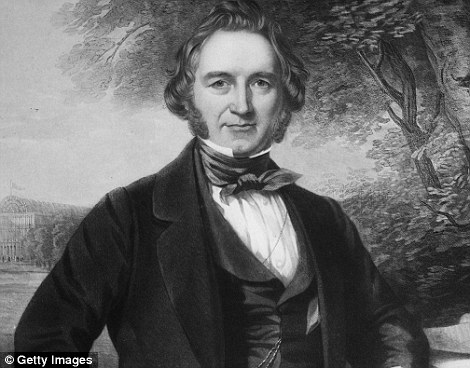 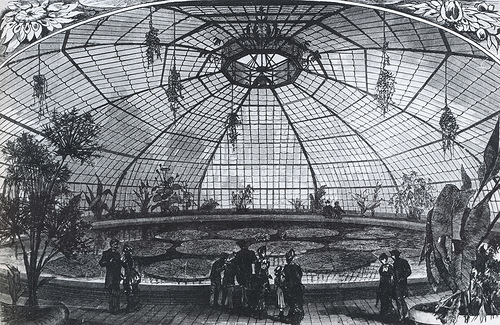 Paxton was operating during the heyday of the independent ‘Gentleman Scientist’ and, yes, there were many women doing extraordinary things too who are now starting to get the credit they justly deserve. These days, things are rather more controlled and governed by ruling bodies, but we still have joyous mavericks like Elon Musk and Stephen Wolfram and their ilk who are pushing the boundaries of knowledge and achievement all the time. And our museums and universities are bulging with specialists in some very particular areas of expertise. One of my best friends is a dipterist called Dr Erica McAlister. She works at the Natural History Museum and she absolutely adores flies. She is fascinated by everything about them and her enthusiasm is as infectious as some of her specimens. Her colleagues are all equally obsessed with their particular fields of study; so much so, in fact, that they are more often known by their speciality than by their given name. Erica is known to everyone as Fly Girl (it’s even part of her Twitter handle) and, elsewhere in the museum, you’ll meet Fish Boy, Moth Man and Earthworm Emma. I’d like to think that there’s also a Bat-Man who, hopefully, cares enough to wear the right colour tights to work. Most importantly, they all love what they do.

There is a dark side to passion and obsession, of course, especially when tribalism leads to bullying or violence, such as we see between rival football fans, or between different iterations of Batmans. Sci-fi and fantasy fans get more than their share of undeserved abuse and ridicule. I once saw a Vulcan on his way to a London convention and being laughed at by two guys further along the Tube carriage. They were wearing Liverpool football shirts and had their faces painted red. They looked like burns victims and their accents suggested to me that they’d never been north of the Watford Gap. I remember thinking to myself, ‘Who is the obsessive fan here?’ Was it the guy in the home-made Starfleet uniform, plastic ears and bad haircut? Or one of the guys who’d spent £50 on a replica home strip, was wearing make-up, and who probably supports a particular team because all of his mates do? 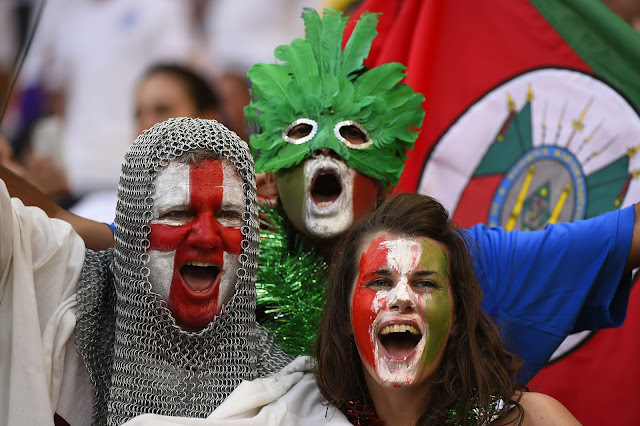 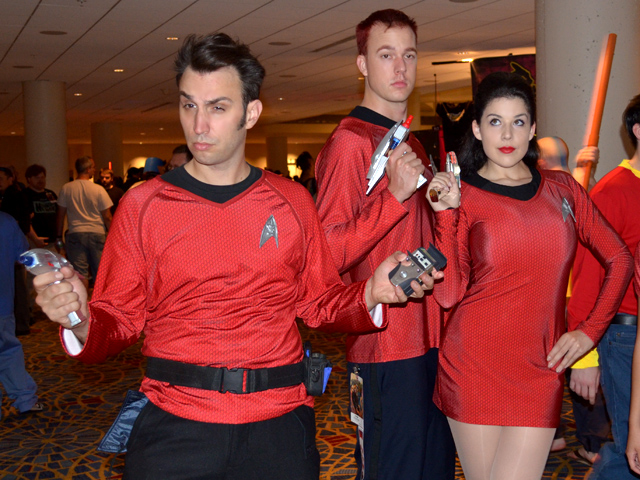 Tribalism can spread to the workplace too. My chum and fellow QI elf, Dan Schreiber – host of the award-winning podcast No Such Thing as a Fish - once told me a fantastic story about two rival groups of archaeologists who came to physical blows over the origin of the wheelbarrow. And, just recently, I was mesmerised by the story of a feud within the rarefied world of British mole-catchers that another friend, Terry Bergin, made me aware of. There are only three organisations that govern the UK trade - The British Mole-Catchers’ Register, the Guild of Traditional Mole-Catchers, and the Association of Professional Mole Catchers – but they are currently engaged in a war of words with each other about the quality of training offered to new mole-catchers. I love that. I love that they care so much.

I’ve long been fascinated by this aspect of human behaviour and always promised myself that, one day, I’d make it the central theme of a book. I finally did that with A Murder To Die For, a comic novel set at a murder-mystery festival. Fan groups descend upon the birthplace of crime fiction writer Agnes Crabbe for a weekend of events and most of them turn up dressed as her popular lady detective, Millicent Cutter. Rivalry between the many fan clubs is fierce and occasionally boils over into name-calling and mild violence. But then one of the cosplayers is murdered and an extra element of tribalism is added to the mix by involving the police. Much of the comedy in the book came from the clash of cultures between the professional and procedurally-driven police and the various clubs who refuse to work together but all want to solve the crime. It was an absolute joy to write as I am a huge fan of classic crime-fiction and, because I spent three decades working as a police officer in London, I had a good insight into how both ‘sides’ would react to events.

It’s good to be passionate about something, whether it’s a particular TV show, restoring an antique car, trimming your Chinese privet into the shapes of Disney characters, or discovering a new species of fly. That kind of obsessive behaviour is hardwired into us and it’s what makes a Pokemon fan want to catch ‘em all and a scientist want to spend the best years of their life hunched over a microscope and chasing a cure for cancer.

Fanatics, I salute you.

But please don’t laugh at me if I’m not doing the right salute.

A Murder To Die For is in the shops now and is available wherever books are sold online e.g. Amazon.

The campaign to crowdfund the sequel The Diabolical Club can be found HERE.

As you'll know by now, if you've read A Murder To Die For, I have a character called Gavin Quisty. He's a super-smart Detective Chief Inspector with an extraordinary ability to connect facts together; he's kind of a Sherlock Holmes for the internet age - with maybe a smattering of Dirk Gently and Jonathan Creek thrown in for good measure - but quite different from all three. I can't remember how I arrived at his name. It's not, as far as I know, a real surname (although Quist is a Scandinavian surname). I just liked the fact that it had echoes of quiz and questing in it.

So imagine my delight when my good friend, the author Dr Sarah Marr, pointed this out to me yesterday (from "Burgess Unabridged: A New Dictionary of Words You Have Always Needed", Gelett Burgess, 1914). 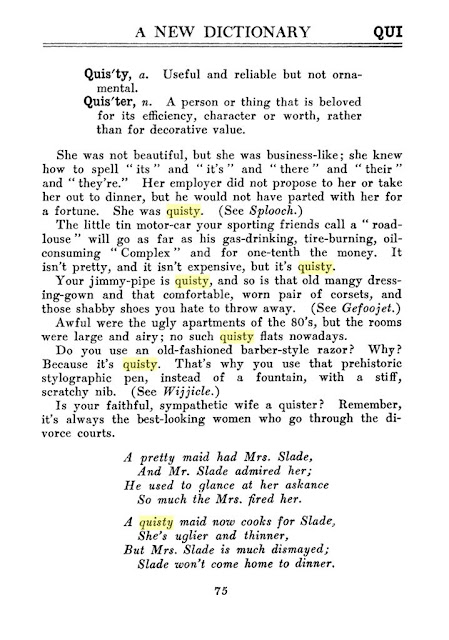 I think it works rather well, don't you? Did I read the word 'quisty' somewhere in an older book I wonder? No matter. It's mine now!

Incidentally, I have been working on a series of Quisty short stories, all involving him and his sidekick Kim Woon solving some seemingly impossible crimes. I may release them at some point in the future.

I am humbled, excited, overjoyed at how many bookshops have chosen to display A Murder To Die For on tables. Not quite from Lands End to John O'Groats (but definitely from Edinburgh to Truro), the tables are piling up! I'm a happy bunny. 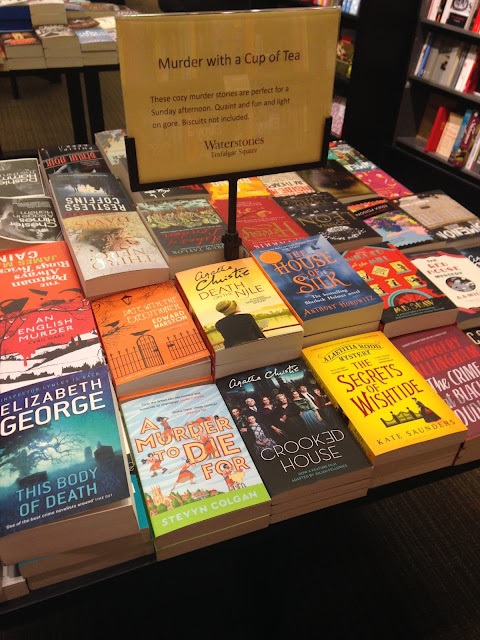 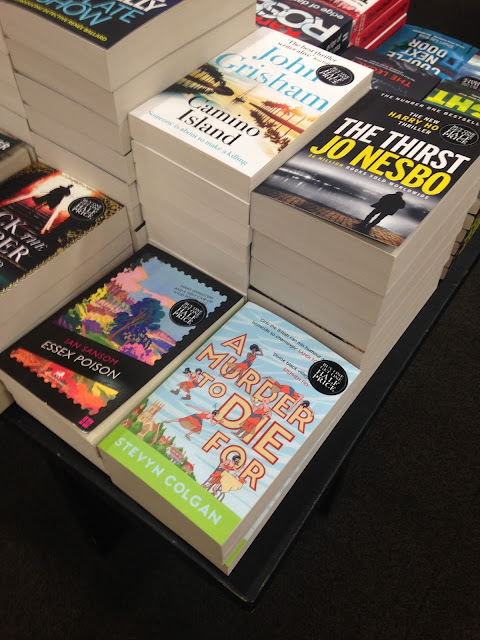 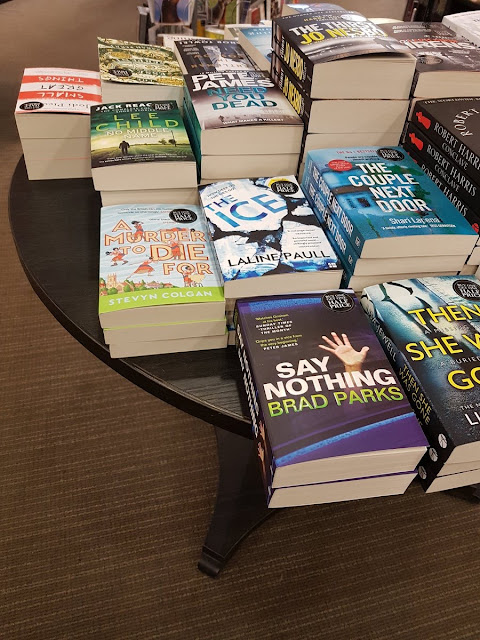 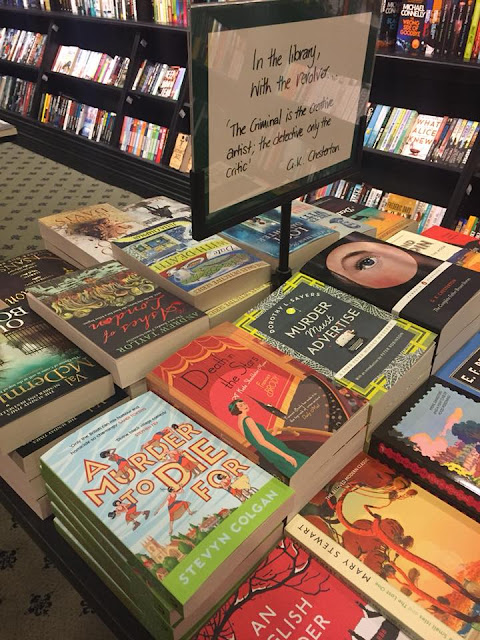 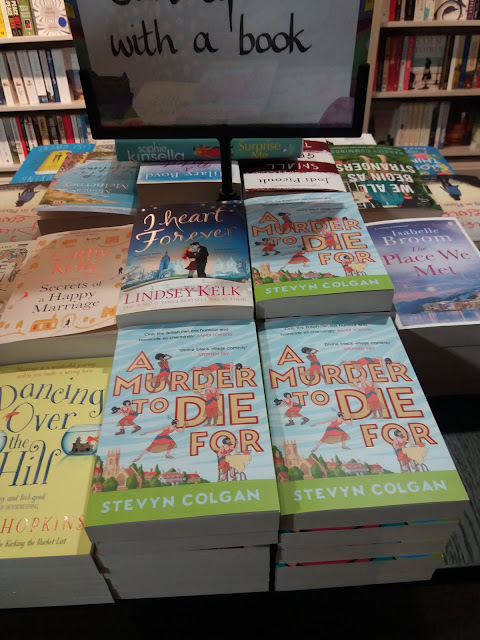 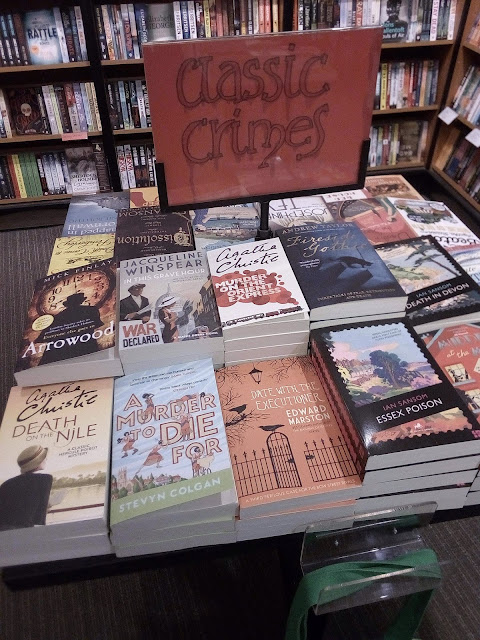