I'm part of a group on Facebook that posts photos of local places as they are now compared to in the past. And this week I was particularly struck by this old photo from nearby West Wycombe (posted by a lady called Susie Chester): 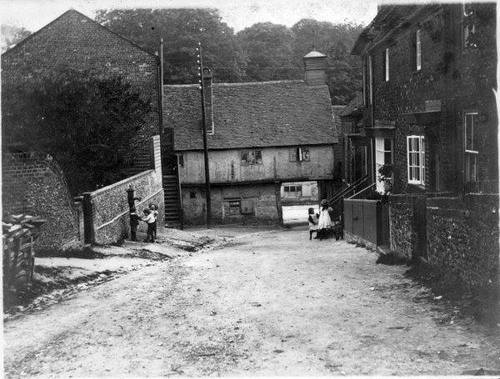 And the reason it struck me is because it was taken from very near the spot where I was standing when we filmed the promotional video for A Murder To Die For. It's in Church Lane looking down towards Church Loft. You can see the video here, but here's a still: 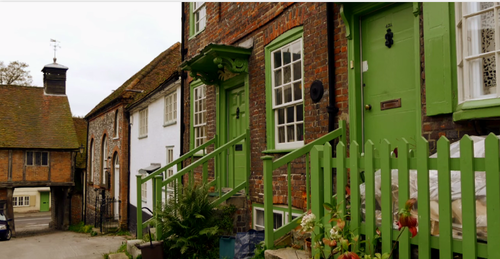 We hadn't originally intended to use this location. We'd planned to use the curiously creepy Dashwood Mausoleum on top of the hill but there was another film crew there filming scenes for Bridget Jones' Baby (This area, on the South Buckinghamshire/Oxfordshire borders is very photogenic and gets used for filming in many shows, most notably Midsomer Murders. Close to London you see. And Pinewood and Shepperton Studios.). But I'm glad that we ended up where we did. The location was just right.

All of the buildings in the older photo are still there and so is the pump that you can see the children using. It's still in situ outside the old vicarage although it's not in use any more. It too features in the video: 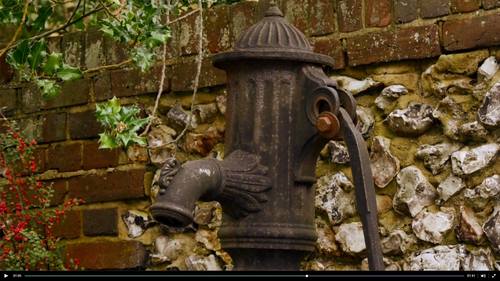 The West Wycombe website also has some lovely old photos of Church Lane looking up the hill: 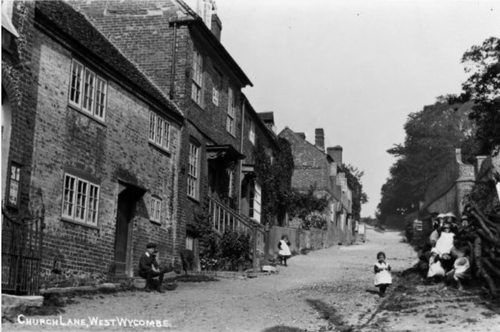 And here's me, wittering on, and standing just alittle way behind where that group is standing on the right: 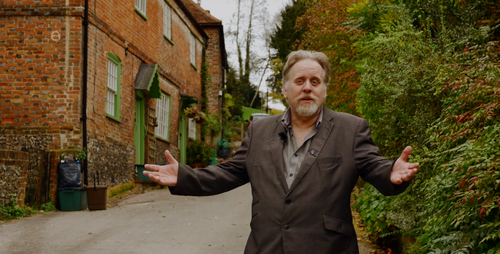 Isn't it lovely when things are preserved like that? And isn't it fantastic that someone took the time to collate all of these images onto a public access site? We're very lucky around here to have the SWOP - Sharing Wycombe's Old Photographs - site. Every town and village and city should be lucky enough to have their own equivalent.